Black Lives Matter Toronto Tent City (#BLMTOtentcity) is an occupation of Toronto’s Nathan Phillips Square and Police Service Headquarters beginning on Sunday, March 20th 2016 and continuing though Monday, April 4th 2016 where protesters effectively put law enforcement and public representatives on notice. The action was a peaceful response to anti-Black racism and police brutality after a culmination of events including the death of Jermaine Carby, a 33-year-old Black man who had been killed by police in Peel minutes after leaving his home and the Ontario Special Investigation Unit’s (SIU) announcement that the officer(s) who killed Andrew Loku, a Black man with a history of grappling with mental health, will not face criminal charges.

This page is intended to serve as a comprehensive account of the #BLMTOtentcity occupation which even in the face of violent opposition has quickly transformed into a worldwide community of resilience, artistic expression, political change, and mutual sustainability. Please see below for demands, timeline, photos, video, and news coverage.

#BLMTOtentcity will continue until Mayor Tory, Premier Wynne, and Chief Saunders adhere to these 6 demands:

March 20th: #BLMTOtentcity occupation is born out of an action that began as a rally

March 21st: The occupation moved to Toronto Police Headquarters where they were threatened with arrest then brutalized and vandalized by police while agents in hazmat suits sprayed unidentified chemicals in the air

March 22nd: The community shows up with love and supplies to replenish what had been destroyed while police continue to surveil through the night

March 23rd: Mini Black Arts Festival is manifested with storytellers, singers, dancers, performers, and visual artists, others continue to show up in solidarity and offer wellness support, and the police cut the power

In response Toronto City Councillors Mike Layton, Kristyn Wong-Tam, and Gord Perk’s plan to submit a motion in council requesting that the provincial government review police conduct in Toronto and how the SIU conducts investigations

March 28th: AJ+ releases video on #BLMTOtentcity and it receives over 828,000 views

March 29th: BLM Montreal and allies gather in Norman Bethune Square to show solidarity with the mobilization efforts of BLMTO

March 31st: Motion to ensure police services and investigations are fair and transparent is submitted to the Toronto City Council

April 1st: BLMTO shows up at City Hall with a giant copy of the SIU report and demands the names of the officer(s) that killed Andrew Loku

April 4th: #BLMTOtentcity holds their final action at Toronto Police Headquarters called Black Reckoning, Ontario Premier Kathleen Wynne visits, BLMTO leads a procession and shuts down College Street holding a banner saying “Which side of history are you on?”, there’s dancing in the street, BLMTO leaves behind their final demand that in 300 hours, or 12 and a half days, Mayor John Tory, police Chief Mark Saunders and Premier Kathleen Wynne must meet with them publically, a banner is also left behind reading:

“You are on notice. Your anti-blackness has been exposed. We are not finished.” 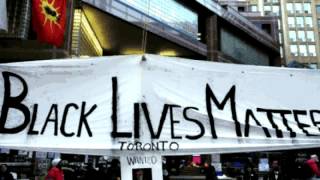 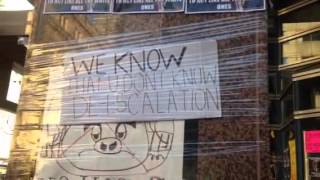 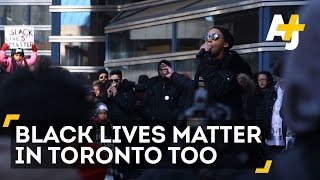 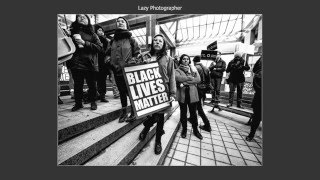 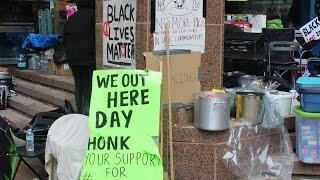 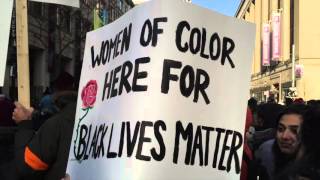 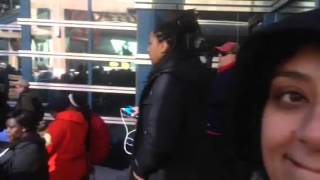 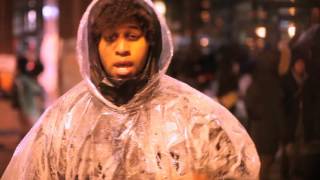 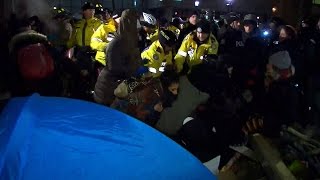 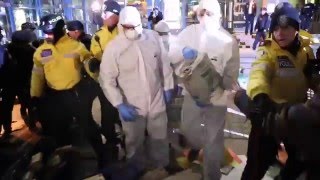 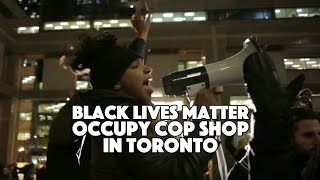 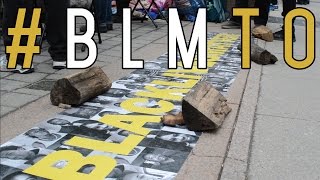 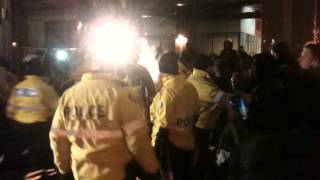 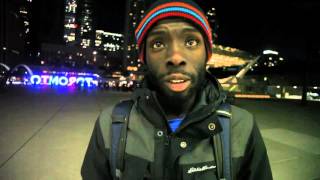 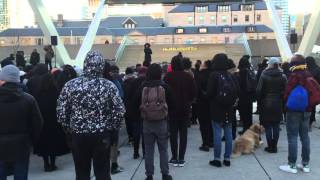 ACTION: BLACKOUT FOR JUSTICE from Afrofest to Andrew Loku 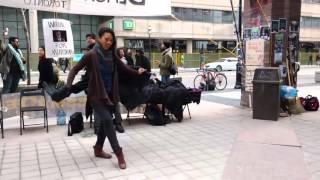 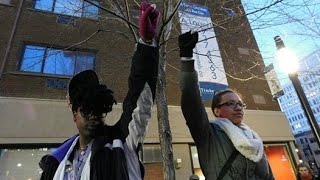 Wynne has impromptu meeting with protesters outside Queen’s Park

Extra Extra: The Black Lives Matter Mixtape, A New Voice on the TTC, and Don’t Be Late to the Meter | news | Torontoist

At the Black Lives Matter Toronto protest, art is on the front lines